Everyone can lie. According to a recent study, Americans tell one or two lies each day. The good news is that there are ways to spot lies.

Experts recommend establishing a baseline of how a person behaves during moments of honesty to detect a lie.

Pay attention to things like tone and eye movement.
Note, however, that the signs someone is lying are not foolproof. For instance, the person may fidget if they are uncomfortable in their seats, or the voice may crack if a person is nervous.

If you are wondering if someone is telling you the truth or half-truths, here are simple indicators to look out for.

Also, there are some tips from expert website on how online therapy can help you build long-lasting and trustful relationships.

Why Is It So Hard to Tell When Someone Is Lying?

It is impossible to detect someone who lies just by looking at them. However, psychologists have started to zero in on specific techniques that can work.

According to research, everyone lies at one point, with stats suggesting that 60% of people lie at least once during a 10-minute conversation. Lying becomes more frequent when we are trying to seem likable.

People also tend to tell lies about trivial matters when they want to avoid hurting the feelings of those they care about. They assume that such untruths are essential for maintaining smooth relationships.
However, some are used to telling bigger and more iniquitous lies.
That said, distinguishing when someone lies to you from mere observation can be challenging, and here’s why:

Simple Ways to Tell When Someone Is Lying to You

Most people are taught to look for signs of nervousness or stress when trying to detect lies. The assumption is that the dishonest person is afraid of getting caught. This is a weak predictor of dishonesty, as most seasoned liars don’t fear getting caught.

Lying is problematic because it requires the individual to doublethink. It is this cognitive overload that gets people caught. The dishonest person needs to think up the lies and ways of backing them up with evidence. All this is extra work.

Here are some common signs of lying you can notice during this extra work.

It is important to carefully watch the body language of a liar. For instance, if you notice someone make a sudden head movement when you ask a question, the chances are high that they are lying or hiding something.
Most people retract, jerk back, or tilt their heads when lying in response to a direct question. This physical cue as the person tries to give a dishonest answer.

A Sudden Change in Speech Patterns

Irregular speech is a sign that someone is lying. When we lie, our speech mannerisms tend to change. Of course, you need to familiarize yourself with the individual’s regular speech patterns before detecting changes.
Look out for vocal immediacy. For instance, the degree to which they give direct answers to direct questions is an important clue. The vaguer someone is, the more likely it is that they are not truthful.

Another cue that someone could be lying to you is if the breathing patterns change in the middle of a conversation. Some people breathe heavily when uncomfortable or untruthful. It is a form of reflecting action that can be accompanied by changes in tone and the rising of shoulders.

As the person lies and gets nervous, the heart rate and blood flow speed up. In other words, the person may be tense or nervous because of the dishonest situation and the fear of getting caught.

You can also tell that someone is lying when they are not saying enough during a conversation. When telling the truth, the person is likely to be forthcoming, revealing details and responding freely to questions.

In contrast, people who lie are often unwilling to go beyond the stories for which they have prepared. They are reluctant to offer any other details.

In other words, such liars deceive by omitting important details. Professionals detect such lies by asking the individuals to tell their stories on a backward chronology, starting with what happened last to the first.

Often, those telling the truth stick to the same storyline even when giving more details. However, liars easily get tricked into creating different stories without adding any details to the original storyline.

It is also important to look out for the verbal signs of lying. Although liars tend to be reserved when giving specific details to avoid tripping, they can also stretch the truth by using too many words.
When a liar intends to deceive by saying too much, they will make up stories as they go, adding inexistent details to convince themselves and their audiences.

A liar tends to embellish the story with words that a truthful person may not think of including. They can use profanity or use third-person pronouns to keep distance from being associated with wrongdoing.
People who lie also talk a lot in the hope that the apparent openness will make them believable.

Looking Away at Crucial Moments

Facial cues can be instrumental when trying to detect lying. According to research, someone who is lying may look away or stare at critical moments. This could signify that they are moving their eyes around as they search for what to say next.

People look away momentarily when telling lies. Most also stare directly at their audiences when lying. The critical takeaway here is that someone’s eyes provide crucial non-verbal cues about whether they are truthful.

That said, when it comes to detecting lies, don’t rely solely on body language. While gestures like looking away or staring can hint at deception, research suggests they are not always accurate predictors.

For instance, shifting eyes could signify that the individual is thinking or trying to process long-term memory.

Other facial cues include rolling back the lips (lying by omission), changing complexion, and dryness or sweating. The individual may also blink or lick lips excessively or may swallow hard.
Note that these facial clues could also signal discomfort from other sources not related to actual lying.

The individual may also speak with a creak in the voice and have to clear the thought regularly.
Also, look out for sudden changes in volume. People who lie tend to raise their voices, getting louder as they become more defensive.

Touching or Covering the Mouth

In essence, people cover their mouths to close off communication.
People also tend to cover body parts they consider vulnerable when lying instinctively. For instance, the individual may keep covering the chest or throat area. Shuffling feet is another vital clue to look out for.

When to Consider Online Therapy

Did you know that only about half of the lies people tell can be accurately detected? Also, evidence shows that extroverts tend to tell more lies compared to introverts. With such statistics, knowing who to trust can be challenging.

Besides using the cues highlighted here to improve your lie detection abilities, it would help if you also worked towards building honest and trusting relationships.

If you are having trouble trusting people because of underlying problems, traumas, or unresolved issues, don’t hesitate to seek emotional support. Online therapy platforms, such as Calmerry, provide affordable and convenient ways for people to seek counseling from the comfort of their homes.

Tags
How to Lying Someone Speech Tell

Why Do People Like to Play Farming Games So Much? 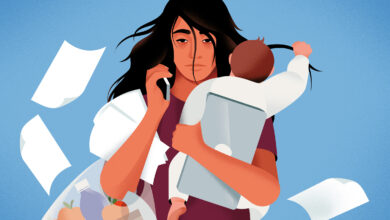 How to Successfully Combine Motherhood and Career? 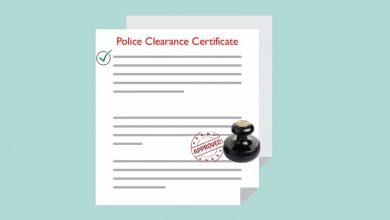 How to Get a Police Clearance in the Netherlands? – 2022 Guide 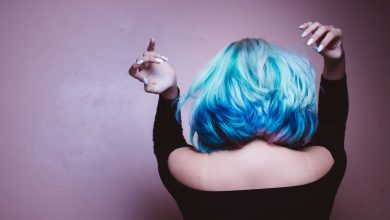 How To Choose The Right Wig Color For Your Skin Type 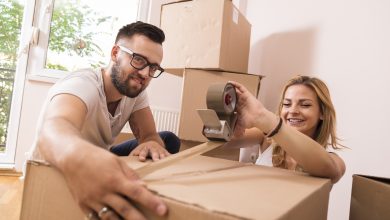