In most cases, an eating disorder is triggered by mental health issues that are related to body image and weight, and it rarely is caused by physical symptoms, as a result of another disease. According to some scientific researches, a very small part of the people in the world have a genetic issue that leads to eating disorders, and as you suppose, they are mostly females. Also, there are connections between this one and other mental disorders, because usually it follows predictable patterns that help the people recognize the issue and ask for help before it’s too late.

According to oliverpyattcenters.com, a lot of people are victims of one-dimensional beliefs about this type of disorder, which leads to false assumptions, and inability to understand what’s happening, no matter if they see someone who suffers from anorexia, bulimia, or binge eating, or they can’t recognize they have issues with the food. If we go further, we can compare it with obsessive-compulsive disorder, because the person is obsessed with the body image, calories, types of food, and how meals are prepared. It’s completely wrong to believe the OCD people only want to see the things matched perfectly, as the popular culture is representing them. It’s a lot more than that, and that’s why it’s considered a mental health issue. So, let’s see what is causing eating disorders?

People with eating disorders take usual patterns with their eating habits, so they can maintain the lifestyle they think it’s good for them. It’s more a compulsive behavior, than obsessive, but one of the things we are asking very often is why women are more affected by it, even the young girls? One of the answers is probably the social pressure that they should look like models to be attractive. Even though there are a lot of campaigns that encourage accepting your body as it is, a lot of them still are trying to be slim and fit. Sometimes their friends or partners are putting a lot of pressure on them, but some parents aren’t an exception too.

Ruined body image is an extremely disgusting thing to cope with. Some diseases and health issues can also be a reason why someone is gaining weight, but making jokes about it, and rude comments too, can also completely ruin mental health.

The most common reason is the one we talked about – the pressure from other people to have the perfect body.

We aren’t the same, and if some diet works on someone, it doesn’t mean it would on you. One of the things that people are often silent of is the eating disorder caused by previous or current trauma, related to some accident, death, breaking up, or when they are victims of any type of violence. No matter how hard we try to balance, the number of women who are victims of sexual and/or domestic violence is a few times bigger than men victims.

That’s a trauma, a stressful situation that may lead to PTSD and prolonged mental issues. Eating disorders are just one of the symptoms no one pays attention, because they think they need to treat the stress and trauma.

The types of eating disorders

Anorexia nervosa is self-starvation that can be very dangerous. The person will lose weight, but as a result, the skin will look bad, the organs won’t work properly, failure of the liver function, digestive issues, irregular heartbeat, increased risk of cardiac arrest, high cholesterol, headaches, heavy breathing, and many other physical effects. This one is very dangerous and may result in death. Sometimes the person can even exercise a lot, which will result in hormonal imbalance, which leads to menstrual issues, body hair, or hair loss.

Bulimia nervosa is the opposite. It’s eating a lot of food as a coping mechanism, and then induce vomiting to reduce the calorie intake. Sometimes, those who can’t make themselves throw up, are using laxatives to release the food faster. It’s always related to the emotional issues that lead to this habit. Some of them are even using alcohol so they can force the vomiting easily. As a result, they are dehydrated, weak, they are causing damage to their organs, their teeth start looking bad due to the stomach acid, and they can tear up the esophagus. Also, they eat a lot, especially when no one sees them, and as the anorexia, bulimia can also lead to hormonal and electrolyte imbalance.

Binge eating is similar to bulimia when it comes to eating habits, but these people don’t force themselves to vomit. They can’t make a difference between emotional and physical hunger, and that’s why we can see them eat all the time. The result of this behavior is putting a lot of weight, being overweight, or even become obese.

Is there any way to help?

Sadly, no test will show someone is suffering from an eating disorder. It’s very hard to recognize it in ourselves, and we can hope that someone close to us will see the symptoms and make us ask for help. But, we can always recognize the unusual eating patterns in someone we love, no matter if that is our sister, best friend, cousin, coworker, or partner. These people need help but don’t force them to that. Have a conversation, tell them you understand them, and encourage asking for help.

When it comes to prevention, one person can’t make a difference but can be a good example for those around them. We all come in different shapes and sizes, and it’s sick to expect to look the same as the others. Popular culture has a huge influence over the body image we have and want. That’s why some brands and organizations are running their campaigns with different models, to show that every type of body is beautiful as long as it’s completely healthy. We can always lose weight in some way, but what’s the cost of that? If our health is completely ruined after that, it’s a huge price we pay, so make the change starting today and embrace all the body types as normal.

Strategies to Cultivate Teamwork and Push Your Business Forward - 2022 Guide How to Win Your Fight Against the Drug – 2022 Guide 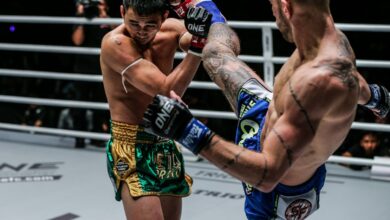 Maintain your Health with Boxing Program 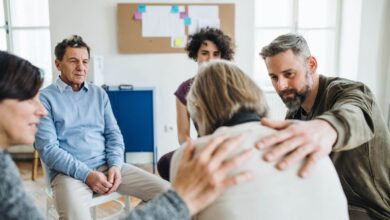 How Therapy Can Address an Addiction The Consequences of Mistranslated Prescriptions