When it comes to poker, there are a lot of things that players can do wrong. But luckily, many of these mistakes are avoidable. In this article, we will take a look at the five most common mistakes made by poker players and how to avoid them.

1. Playing Too Many Hands

In poker, as in life, it is essential to know when to hold ’em and when to fold ’em. One common mistake that players make is playing with too many hands. While it can be tempting to stay in the game for as long as possible, doing so increases the odds of losing a hand. It’s far better to be selective about the hands you play and to fold early when it’s clear that you’re not going to win. By playing fewer hands, you can save yourself both time and money in the long run. So next time you’re feeling tempted to stay in the game just for the sake of it, remember that sometimes the best move is to fold.

Folding in poker is a significant strategic move that is often underrated. When you fold, you give up your hand and any chance of winning the pot. However, there are times when folding is the best move you can make. For example, folding can save you from losing a lot of money if you have a poor hand or are up against a stronger opponent. Folding can also help increase your winnings in the long run. This allows you to conserve your chips and avoid taking unnecessary risks. So, if you make too many folds, it might be time to reassess your strategy.

3. Not Knowing When to Quit

In poker, as in life, knowing when to quit is an important skill. Those who don’t know when to stop often make poor decisions that cost them money and, sometimes, their dignity. Players who hang on for too long in a losing hand are said to be “chasing their losses.” This is a mistake that can quickly spiral out of control, causing players to bet more and more money in an attempt to make up for their earlier losses. Chasing losses is a surefire way to end up broke and frustrated. It’s essential to be disciplined to walk away from a losing hand, cut your losses, and wait for a better opportunity. Those who can do this will be much more successful in poker and life.

In poker, tilt is a psychological state that can lead to poor decision-making. Players on tilt are more likely to make impulsive decisions, overbet their hands, and take more risks. As a result, tilt can be a very costly mistake. In addition, players on tilt are often fixated on a particular hand or bad beat, and they may be blind to the bigger picture. Therefore, layers must remain calm and level-headed when playing poker, as this will help them make better decisions and minimize losses. If a player feels like they are on tilt, it is often best to take a break from the game and clear their head before continuing.

Overconfidence is a common mistake that players make in online poker. They think that they are on a winning streak because they have won a few hands and will continue to do so. However, this overconfidence leads them to make careless bets and ultimately lose more money. Overconfident players also tend to be more aggressive, putting other players off and making them less likely to call your chances. Instead of getting caught up in the moment and becoming overconfident, staying level-headed and making intelligent, calculated decisions is essential. This may not always lead to immediate success, but it will help you win more money and avoid costly mistakes in the long run.

In conclusion, it is essential to remember that poker is a game of skill and chance. While many strategies can be employed, knowing when to fold and when to push your luck is essential. Remember, overconfidence can lead to tilt and costly mistakes. By following the advice in this article, you can give yourself the best chance at winning more games and taking home more prize money.

What Type Of Farming Earns The Most Money: 3 Strategies To Increase Your Income Do Casino Dealers Have To Be Good At Math? How Do Casino Cash Back Bonuses Work – 2023 Guide 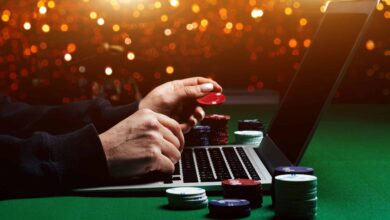 How Online Casinos Can Increase The Number Of Their Players