FFXIV’s Deep Dungeons have been around since Heavenward. However, there are only two of them currently, and that’s not enough for most players. It was a surprising hit and players have been asking for more of these intriguing dungeons. They offer all kinds of rewards not buyable with FFXIV Gil.

Here’s what you need to know about Deep Dungeons.

Deep Dungeons are special instances. They’re essentially a rogue-lite dungeon, where nothing is the same each play through. You’ll also always start at a specified level, and as you move through the dungeon, you level up again. They can be tackled with a party or solo, lone-wolf style.

The game won’t allow you to use your usual equipment. Instead, special ones (Aetherpool gear) will be given to you. These will have to be upgraded as you move through the dungeon. Otherwise, gaining levels won’t save you from the higher floors.

You can do that through Silver Coffers found randomly on floors. They could be somewhere within the floor or appear after defeating certain enemies. The gear may be enhanced up to +99. This has a level requirement though, and if enhancing will reach that limit at your current level, it will sync the attributes instead.

Aside from the Silver Coffers, you may also find Bronze and Gold ones. Bronze ones give FFXIV currency (depending on the instance) or consumables such as Phoenix Downs or potions. The currency may be used to exchange for stuff from certain NPCs. Gold ones give players Pomanders, which are explained in the next paragraph.

Players may also acquire Pomanders, which have various effects inside the Deep Dungeon. They could reveal the map of the whole floor or buff the party. The party may only hold up to three at any time. These items may only be used in the Deep Dungeon, and you can’t bring them outside of it.

Lastly, the dungeons hold various Accursed Hoards. These special treasures hold the rarest and most valuable items that come from these instances. Pomanders may reveal the location of these treasures, but you can stumble upon them even without the help of the item. There’s an achievement for it, too.

The Heaven-on-High Deep Dungeon has a unique item called Magicite in addition to Pomanders. The party may also only hold on to three of them. What makes them special is their ability to clear the floor and give invulnerability to the party. It comes in four flavors: Vortex, Crag, Inferno, and Elder. Of those types, Elder is the strongest, with the astounding ability to clear even boss floors!

The two available Deep Dungeons have 200 (Palace of the Dead) and 100 (Heaven-on-High) floors. They also have their own stories, which is a bonus for anyone who loves learning about lore. The stories will only span a certain number of floors (up to 50 for PotD, 30 for HoH). Past that are challenge floors for fixed parties who have not had a KO in the story floors.

Why Do Deep Dungeons?

Well, other than the story for lore hunters, these instances also give various rewards. After completing certain levels, you can earn something that can be exchanged for greater rewards. These currencies may also come from various coffers. Examples of these rewards are FFXIV mounts, cosmetics, and even minions and Orchestrion Rolls! One of the aforementioned mounts is the rare Night Pegasus.

For a price, you can also bring your Aetherpool gear outside of the Deep Dungeon. Its level would depend on how far it has been enhanced, as well as how many floors have been completed. It comes with a caveat of lowering the Aetherpool strength by 10 (after a patch).

Besides that, there are various achievements tied to these instances. Attaining these can give you bragging rights, the likes that many other players can only dream of. Some of them even come with titles!

Also, aside from all of that, there’s the sense of achievement (different from in-game ones) that comes from completing an insanely difficult dungeon. If they’re difficult while with a party, how much more would doing it alone be?

There are two available Deep Dungeons currently: Palace of the Dead and Heaven-on-High.

Palace of the Dead was released during the Heavensward expansion. It has 200 floors, and its story is about Edda Pureheart. With 200 floors, it can be a little daunting, but it can be worth it. It even has some returning dead characters as bosses on some floors. Level progression in this Deep Dungeon starts at level one and ends at 60.

Heaven-on-High is a shorter but no less challenging Deep Dungeon. Released during the Stormblood expansion, it has 100 floors and a new item ‘Magicite’ to help players. Progression for this instance starts at level 61 and ends at 70. Its story is about the dungeon itself, an empyrean tower that looks like it pierces the heavens.

While nothing is concrete, the devs have expressed an interest to release a new Deep Dungeon after Endwalker. This is something to look forward to, as these instances really are liked by players, and they’d want to see more of it.

So far this is just speculation and there’s nothing definite about it. Endwalker is still in full swing, and there are still a few more problems they have to take care of (like opening free trials again). It’s not going to be anytime soon, but at least there are still many other activities in the game to do.

Deep Dungeons are due for an addition, but that’s no reason to be impatient. It’ll come when it’s ready, whether that’s sooner or later. You could brush up with the mechanics and do the old ones again. That way you can make sure you’re ready when the new one comes out. Otherwise, it’ll take a few tries to get back in the swing of things.

That said, never stop enjoying Final Fantasy XIV! There are always more quests to do, raids to finish, and FF14 Gil to earn => https://www.playerauctions.com/ffxiv-gil/.

Good luck with all your activities, and don’t forget to have fun playing FFXIV! 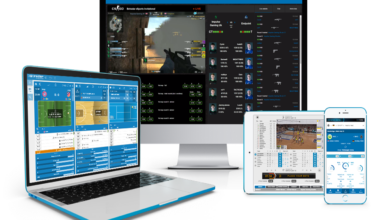 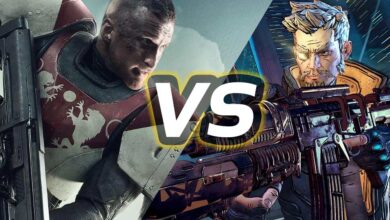 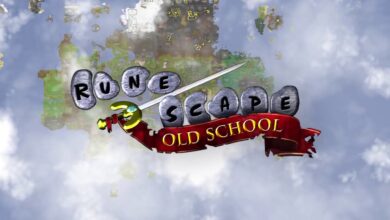 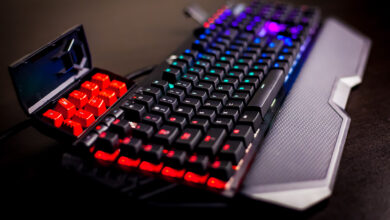 The Legality of Skill Gaming – 2022 Guide