We all have a friend that absolutely loves shooting. Whether it be rifles, handguns, shotguns, in the range or the backyard, shooting runs through many people’s veins. While it is a widely accepted hobby, many people go further and make it a point to actually compete.

You do not have to have grown up on a farm or learned from a young age to be able to compete in competitive shooting. On top of that, there are so many different types of shooting sports.

One could decide that they wanted to master their archery skills, while another person may want to focus on their response time in disk shooting. Some people may be more careful with smaller guns, while others want to try their hand at something bigger.

Some people, even build their own AR-15 rifle from the lower receiver to the upper receiver. Click here if you would like to take on that challenge to build it from the ground up and truly learn the ins and outs of how it will work.

Either way, everyone starts somewhere and there are so many different avenues to learning and competing in your first shooting match.

Originally, they did use birds, but as of the late 1800s, they switched to clay targets. There are many different types of clay shooting, with some participating while remaining stationery and others navigating very hard courses while aiming at the clay pigeons.

This shooting sport is another one that is usually performed with a rifle. This type of shooting is one that is essentially completely stationary. The intended target can be a variety of things, from sacks of feed to sheets of metal in the shape of a person.

The sport gets its name from the involvement of a bench. The rifles that are used are usually very complex and precise, and the shooter will set up their gear and place their gun on top of a bench. This intent of the bench is to make it so that the athlete can be behind the gun and worry almost completely about aiming and carrying out the shot, without having to worry about holding the actual weight of the gun. This sport is less about thinking on the fly and more about making a calculated and precise shot.

Oftentimes, people that are wanting to perfect their craft will opt to start benchrest shooting because it helps them buckle down and focus on the imperfections of their shot. Mastering the benchrest shot really says a lot about how much control a shooter has.

Silhouette shooting is a type of sport with another set of stationary targets. Silhouette shooting, just as the name suggests, consists of targets in the shape of different animals, with most of which being farm animals.

These shapes are made out of metal sheets, and large handguns are shot from 200 meters away. This practice originated in Mexico about a century ago, real animals were originally used, and it was only in 1948 that this was changed. The sport is often done in a range, and the National Rifle Association got involved in the early 1970s, causing it to grow in popularity.

Each group of silhouettes is made up of five animals, and in order to follow the rules the animals must be shot from left to right. You do not just shoot through the target; it must be completely knocked over in order for you to advance to the next round.

This type of shooting is very common in western movies, since the cowboy is a commonly used stereotype in Hollywood. This sport specifically involves competition and typically sees a lot of action

Oftentimes, there is more than just one gun that is being used and each shooter has access to multiple at one time. There are four different guns that are usually used, which are all ones that would have been used in the historic west during the later 1800s.

In addition to the specific gun etiquette, you also are required to dress up in the style of the Wild West. There are modern technologies that are allowed, such as noise-cancelling earphones and eyeglasses for safety.

To drive home even further the western element, participants are not allowed to use their real name during the competition. They have to make up a name that goes with the western character that they expect to put on, and more often than not people make them align with historic figures. These competitions continue from the local level to the national level, with several hundred competitors participating.

This type of shooting is the only one on this list that is not usually done with guns, but instead with a bow and arrow. The name comes from the fact that there are fake birds that sit on a pole and the intention is to shoot them down.

This is one of the oldest forms of shooting, and there are records of it dating all the way back 600 years. This sport is super popular in Germany but is slowly starting to gain popularity in other parts of the world, including the United States.

There are different sizes of birds that represent different levels, resulting in a greater gain of points if you shoot down some over others. This sport is so celebrated in Europe that there is actually a whole festival named after it, where there are ceremonial elements that show the shooting of the birds. Although this sport was originally only done with a bow and arrow, muskets have since been introduced in certain upper-class clubs. However, popinjay shooting with a crossbow or bow and arrow is still the most popular and widely accepted.

Am I a Good Candidate for Thread Lift? 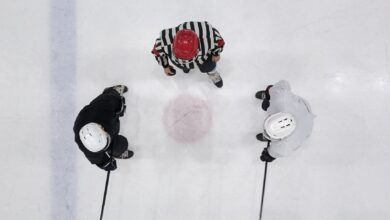 Hockey is Back! Here are the Dark Horses to Get Behind 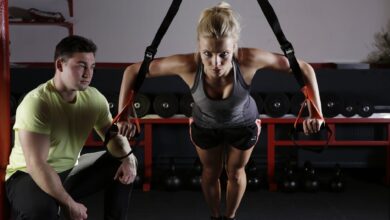 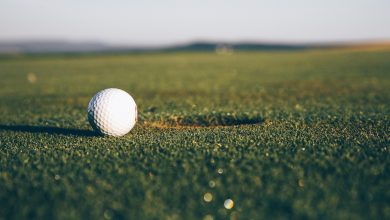