There are numerous cat breeds all over the world with their distinctive looks and personalities and while there are breeds that are very popular because of their gentleness, personality, and looks this does not mean that the unpopular breeds are not kind, intelligent, and are great companions and pets. Click here for more information on animals that are considered more intelligent than others.

The American Bobtail is a breed of domestic cat that was not developed or selectively bred until the 1960s and is believed to be the result of the cross-breeding between a tabby cat which is a domestic cat and a wild bobcat. It

The American Bobtail is characterized by its unusually short tail, naturally bobbed tail, it is also a large cat when compared to more typical domestic cat breeds and needs 3 years to reach full size.

The American Bobtail is energetic, athletic, playful, and social and is intelligent enough to learn how to get out of rooms even with the doors closed. Because of its personality, this breed of cat asks for attention in different ways such as hopping into the owner’s lap or meowing to get attention. This breed is also highly adaptable and can suit the owner’s lifestyle and environment which makes them a great companion to those who move often or like traveling with their pet.

The Turkish Angora is a rare breed of domestic cat. Unlike the American Bobtail, the Turkish Angora’s origins date back to the 16th century and were recognized as a breed in Europe in the 17th century, this makes the breed one of the most ancient and natural breeds of cat.

The Turkish Angora is characterized by its long, elegant, silky, and shimmery coat. Like the American Bobtail, the Turkish Angora is known to be playful and athletic and likes to bond with its owner and other members of the family which is great for families with children and other pet animals that enjoy playtime. They tend to like being in high places and observe the members of the family or its owner.

The next is the Korat Cat breed which is a natural and one of the oldest cat breeds that have not changed its appearance since it was recorded between the years 1350 and 1767 CE that originated in Phimai, Thailand. This link: https://en.wikipedia.org/wiki/Phimai contains more information on Phimai and its history.

It has a single coat of hair that is short, silver-tipped blue-grey, and fine hair. In its home country of Thailand, it is considered a good luck cat and is traditionally given to newlyweds for good luck.

The Korat cat loves being given attention and likes to think that is the dominant figure in a family but is affectionate with its owner and the family and is gentle with children unliked other Thailand cats. The Korat Cat is also energetic and playful and likes to learn new tricks.

Fourth is the Havana Brown. This was the result of efforts of English Breeders to create brown cats of Foreign Type by breeding between a Siamese cat and domestic black cats in the 1950s. The Havana Brown is of average size with short hair and is described as resembling the wrapping of a Cuban or Havana Cigar with a chocolate-colored coat with no obvious markings.

The Havana Brown is an intelligent and curious cat that uses its paws to communicate with its owner and to examine objects. Havana Browns like companionship and does not like being left alone for prolonged periods as they grow attached to their owner and the family.
Next is the LaPerm which has a unique curly fur that is loose and bouncy which makes it very light to the touch with the tightest curls being near the throat and the ears.

It is a relatively small cat that is with big ears that are wide apart. Despite the unique curly coat of fur of the LaPerm it is easy to care for and does not need constant brushing, once or twice a week is usually enough if the coat of fur does not become too long.

The LaPerm was first seen in the early 1980s as a result of mutations of cats that were bred for pest control in Oregon, a state in the United States of America. Nowadays the LaPerm has spread to other parts of the world as the breed was brought into countries like Canada, Australia, Japan, and Germany.

The LaPerm comes in all colors and patterns, but tabbies are quite common with the color chocolate and lilac being rare.

The LaPerm is characterized as being a curious cat with has a sense of humor with a tendency for mischief and tap you to get your attention, but this does not mean that the LaPerm is hard to live with, they are affectionate and love being around humans. Although the LaPerm is not clingy, it likes to follow its owner and have your attention whenever the LaPerm wants it.

These are just some of the rare breeds of cat around the world, there are many more out there that have their unique characteristics and one of those might just fit your personality and lifestyle, cat breeds at Holistapet has much more information on more cat breeds including the popular and rare cat breeds around the world. 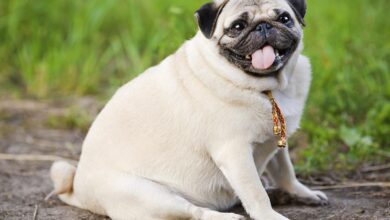 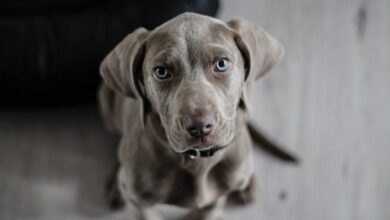 Popular Big Dog Types That Would Fit Your Personality 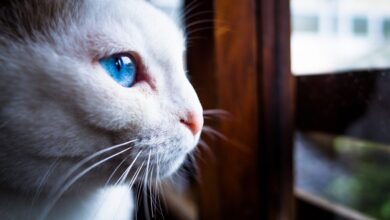 Is It Better for Cats to Live Indoor or Outdoor? 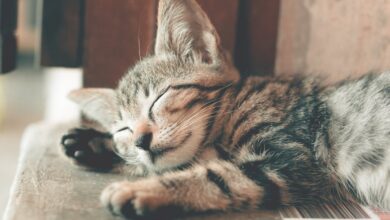