These historical images look unbelievably realistic and they let you relate to history like it was just yesterday. After seeing these images, you’ll know that colours can do wonders. 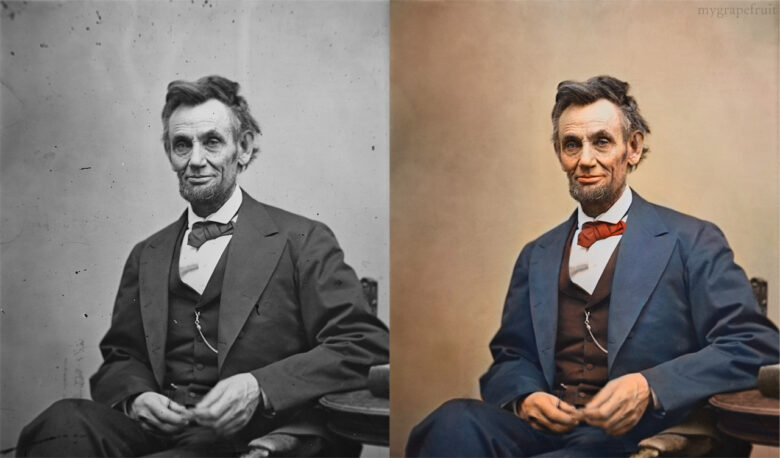 This is from the same year the United States of America lost its 16th President but this image makes it seem like it was just yesterday.

In this picture, Rothman came to see Einstein a day before he left the East End. Einstein presented Rothman with a new biography that he had inscribed in german. It was called “Einstein: The Maker of Universes” and he said to Rothman, “You know, this has been one of the most beautiful summers of my whole life…”. 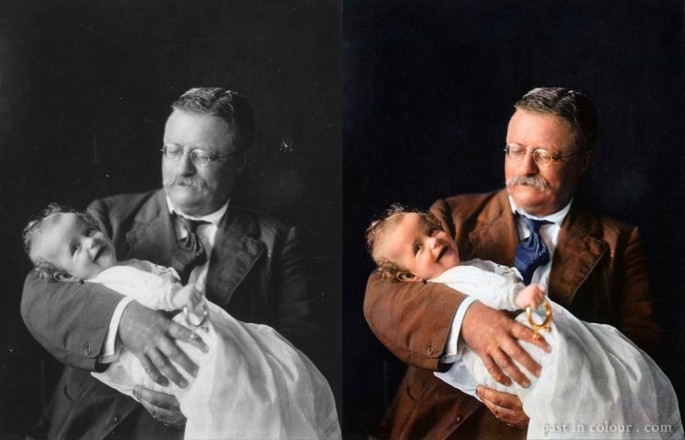 “I tell you, Kermit (son), it was great comfort to feel, all during the last days when affairs looked doubtful, that no matter how things came out the really important thing was the lovely life I have with Mother and with you children, and that compared to this home life everything else was of very small importance from the standpoint of happiness.” – Theodore Roosevelt 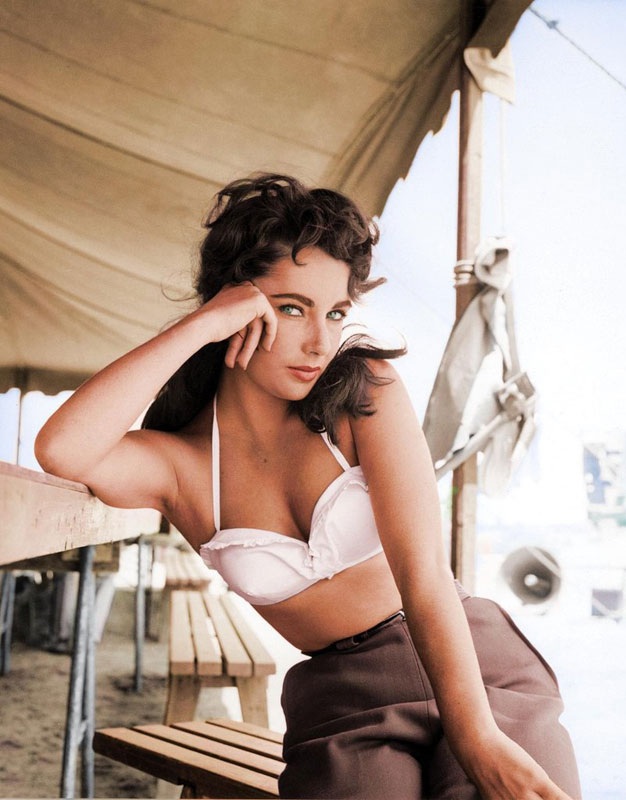 5. Unemployed Lumber Worker and His Wife, circa 1939 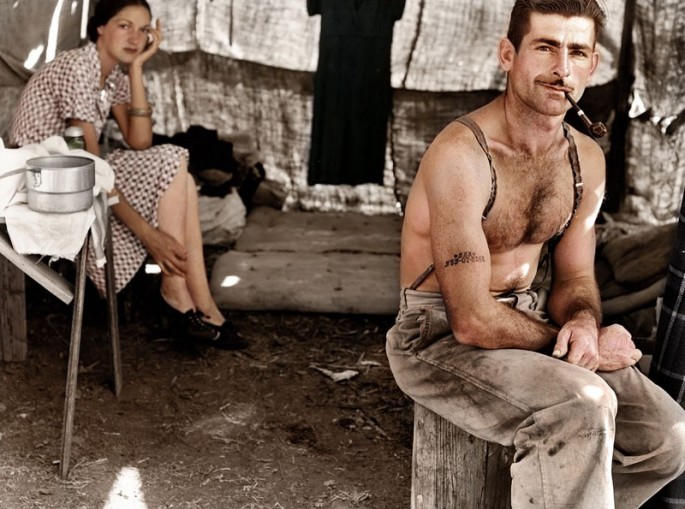 Notice the social security number on the man’s arm, an unemployed lumber worker, who accompanied his wife to the bean harvest in the United States. 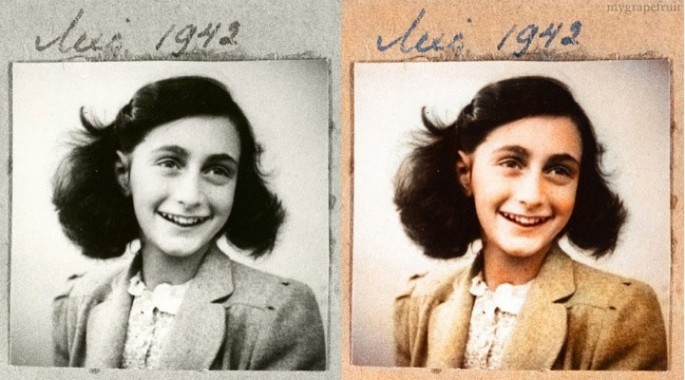 Anne was gifted a diary on this day for her thirteenth birthday. Although Frank died in the Bergen-Belsen concentration camp from typhus in March 1945, her father published her diary that dictated her life from 1942-1945. 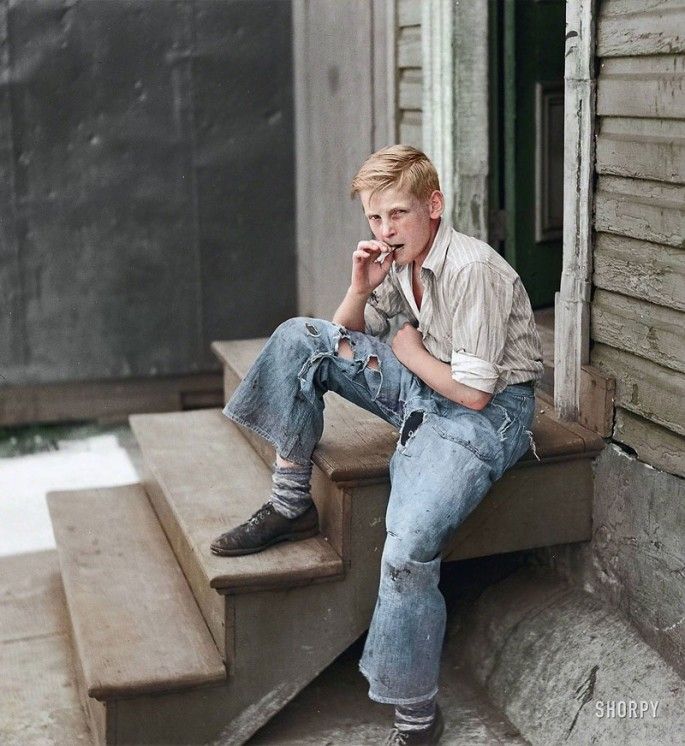 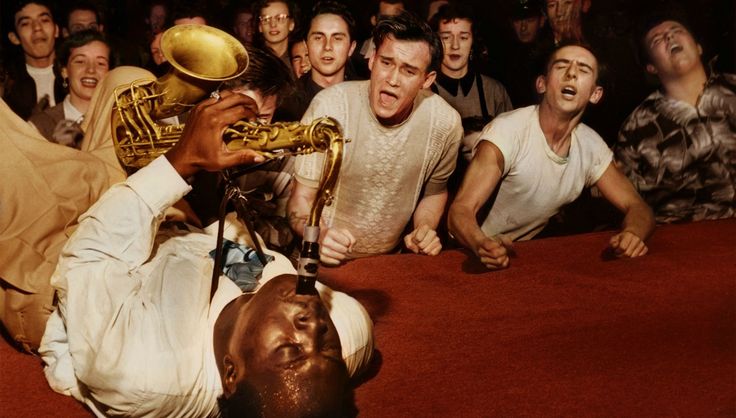 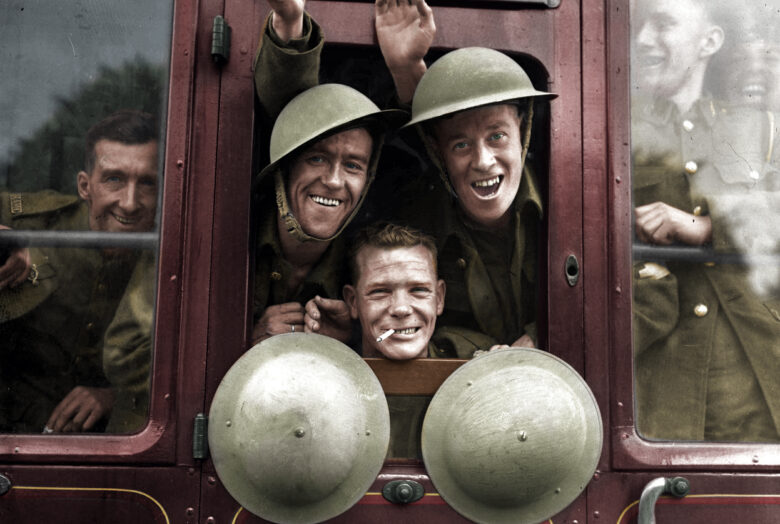 British troops brace themselves while heading towards the front lines during World War II. 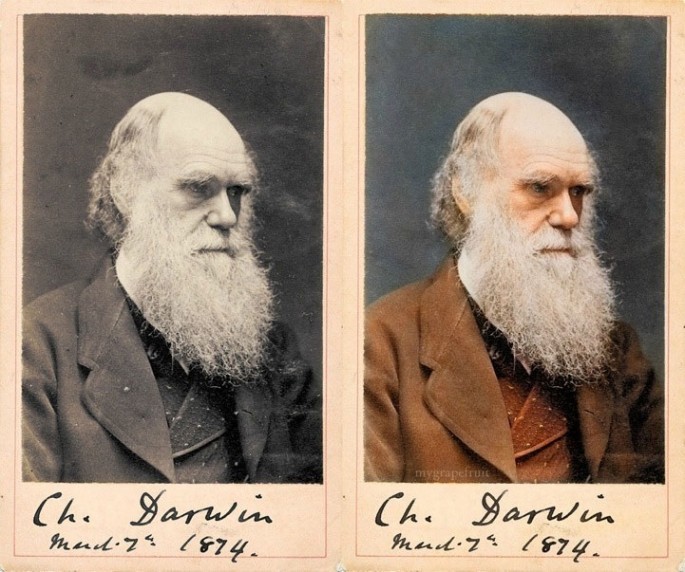 Sanna Dullaway, the artist who colourised this photograph, has done a great job at showing the world how Charles Darwin actually looked. 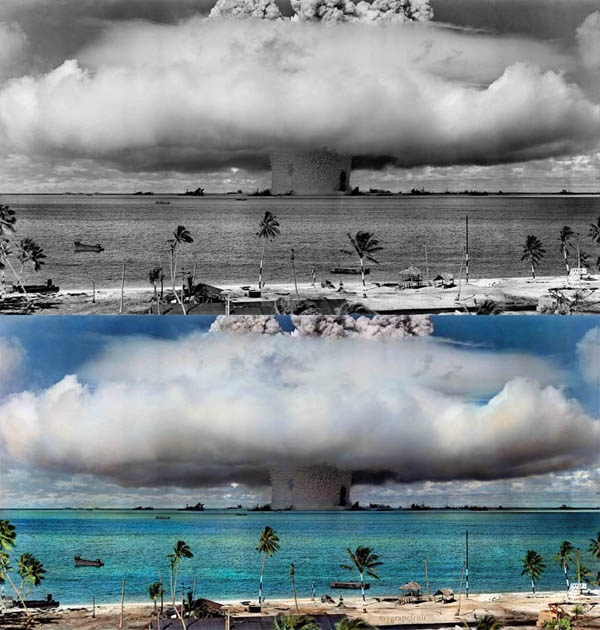 This was shot in the aftermath of an Atom bomb test in the USA. Clearly, adding colour to this picture does not hide the nightmare of a disaster that was. However, it does add clarity to the image undoubtedly. 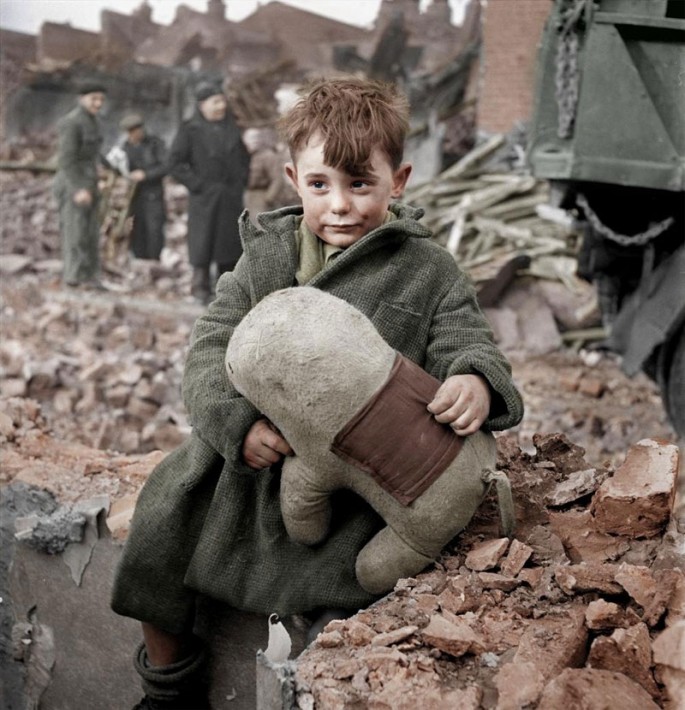 Abandoned boy in London, with a stuffed animal. 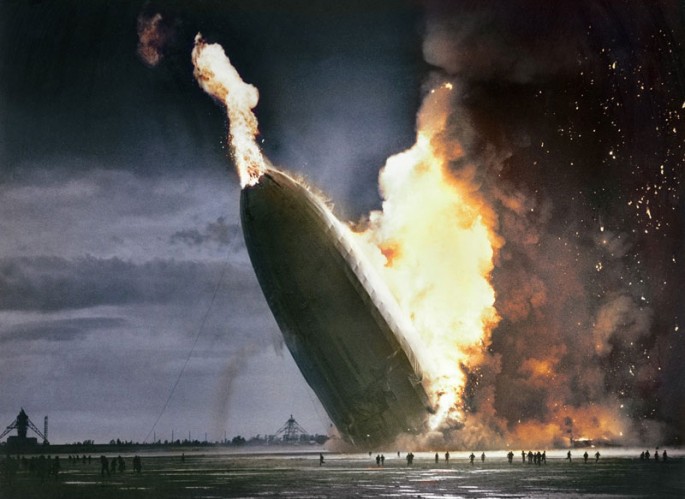 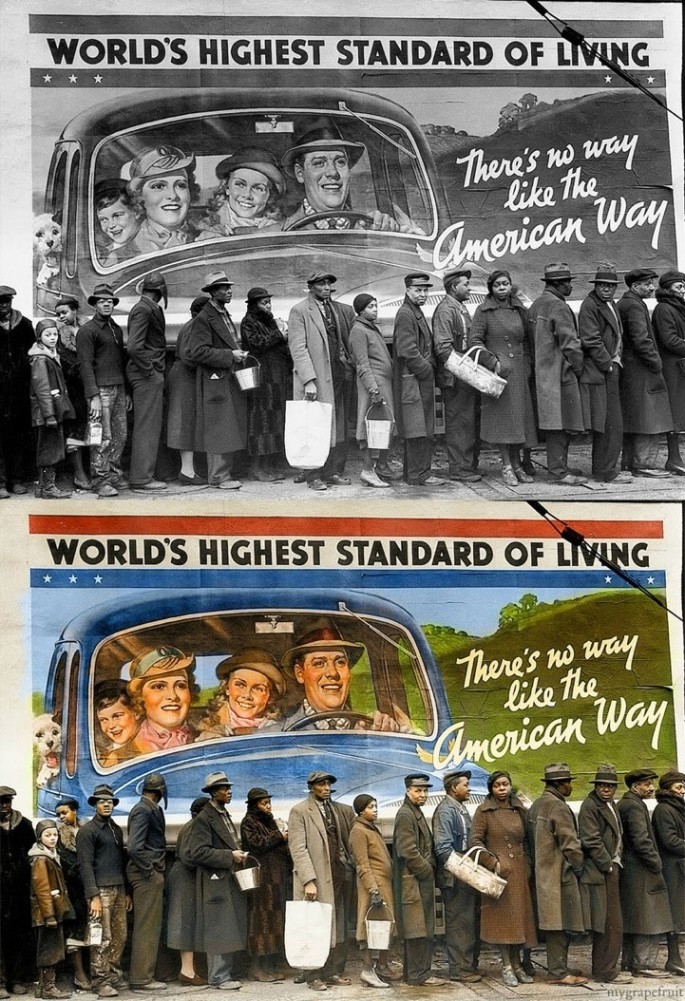 Adding colour to this image is an eye-opener. It was a shot taken at a Bread Line during the Louisville flood, Kentucky 1937. The coloured image clearly displays that there is perhaps a limit to what ‘who’ can achieve in America. 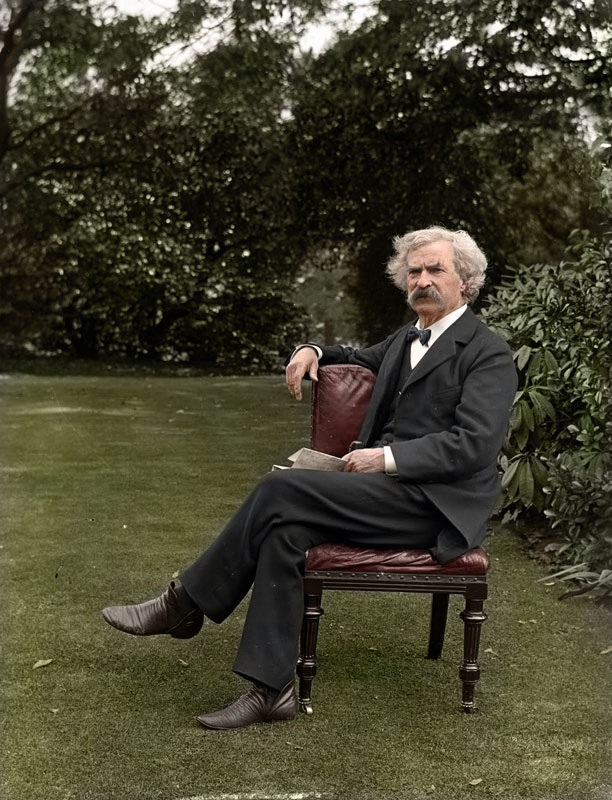 Mark Twain looks legendary sitting in the garden with a note in his hands. Adding colour to this image adds class to this historical photograph. 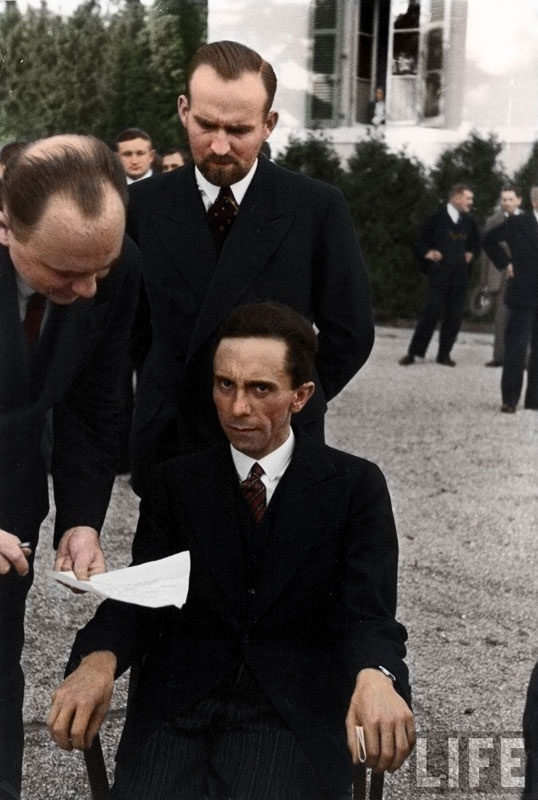 Nazi Minister of Propaganda, Joseph Goebbels, reacts when he realizes that the photographer is jewish. 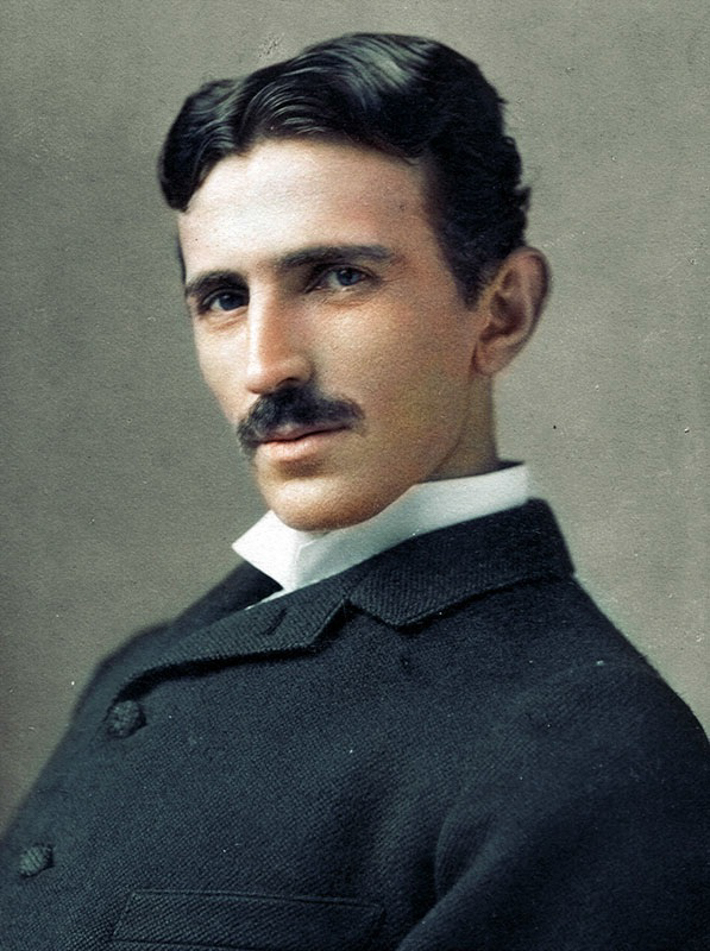 Nicola Tesla is 34 years old in this photo. He looks even younger in the coloured photograph. 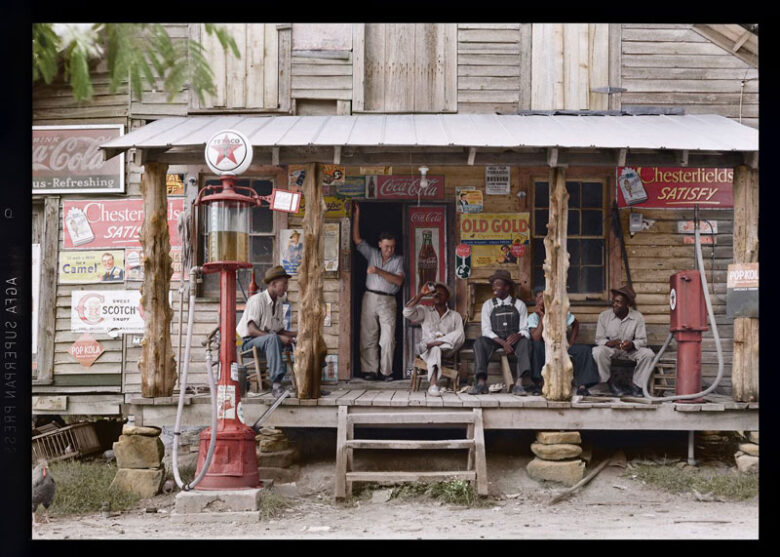 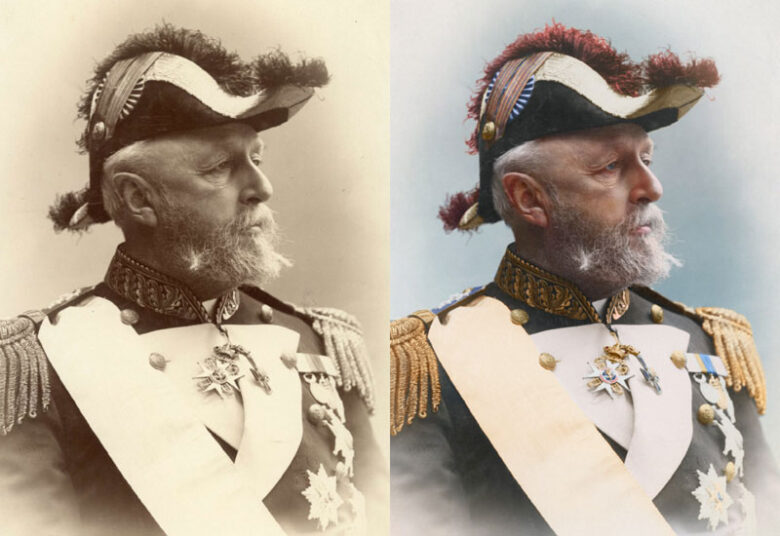 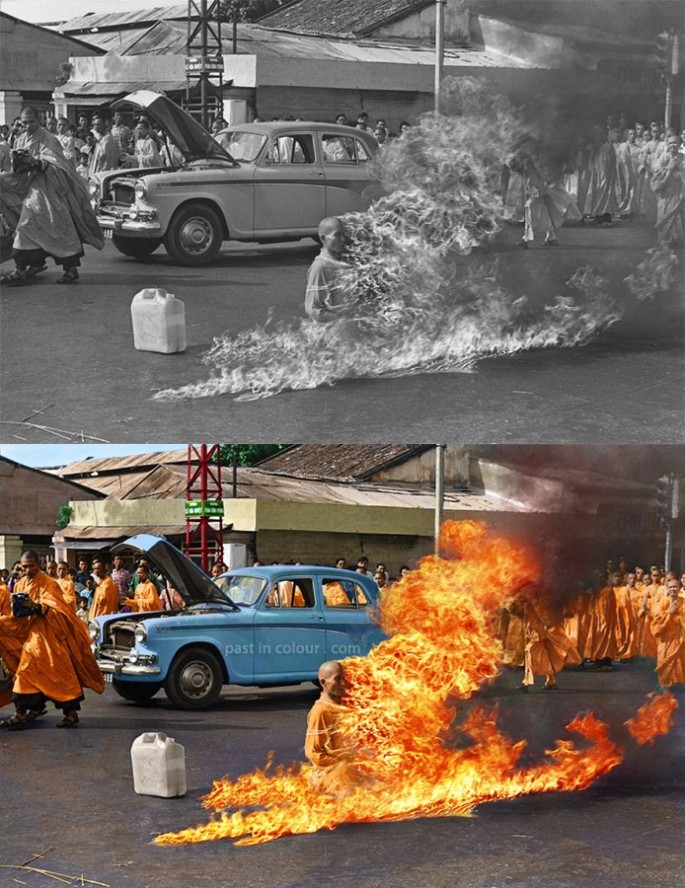 ‘The Burning Monk’ was protesting against the Vietnamese President’s pro-Catholic doctrine. As real as the flames look in this image, it is as unreal to the eyes. 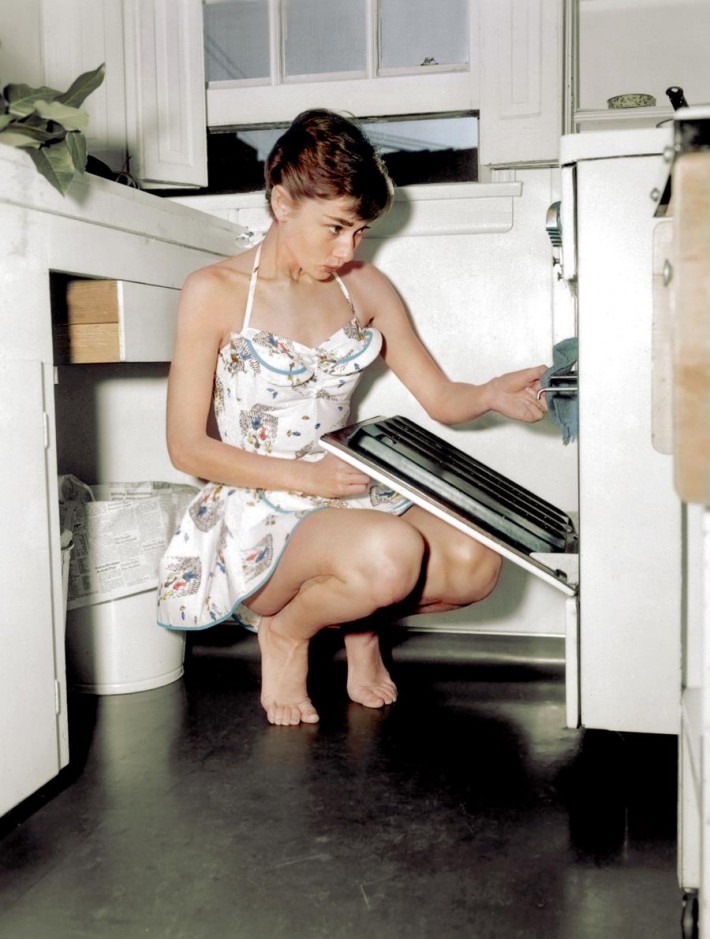 “The beauty of a woman is not in the clothes she wears, the figure that she carries or the way she combs her hair.” – Audrey Hepburn 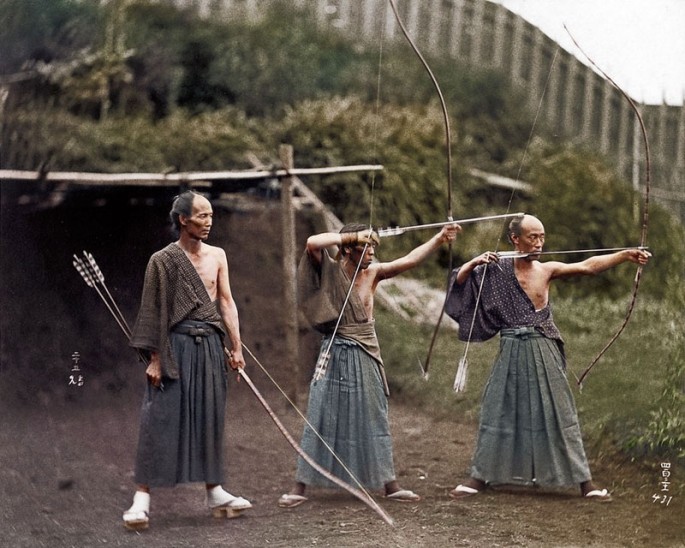 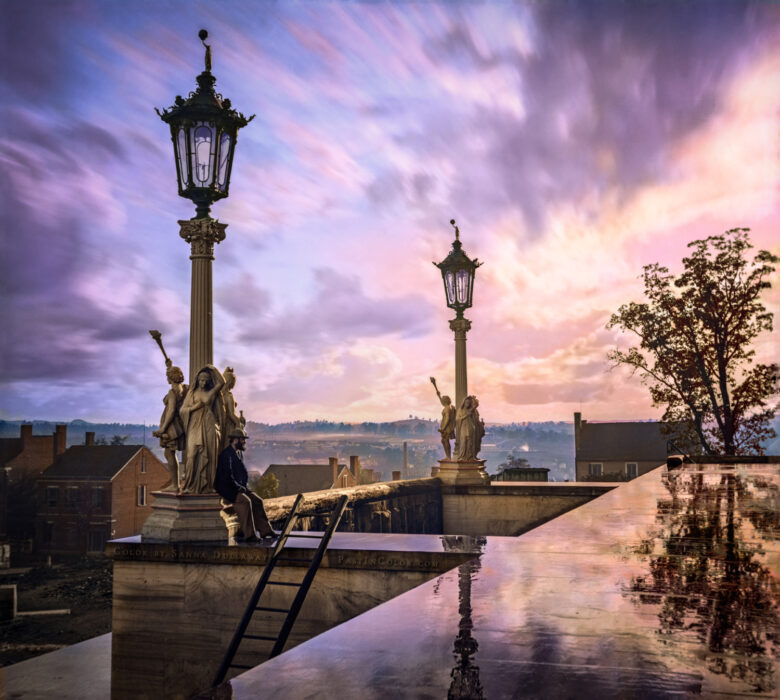 View from the Capitol Building. 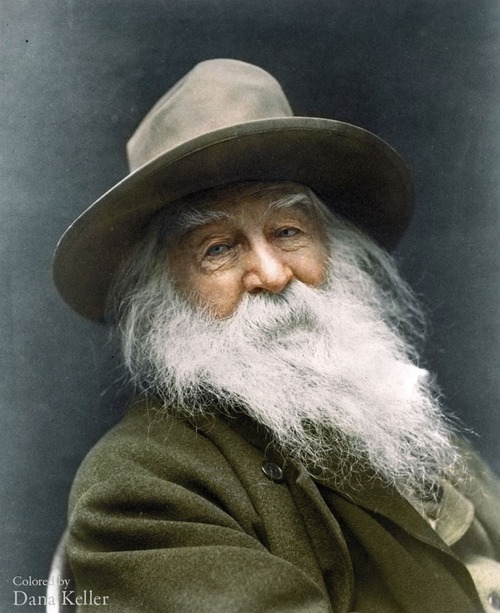 Auto wreck – Vehicular mishap on the streets of Washington D.C. in 1921. 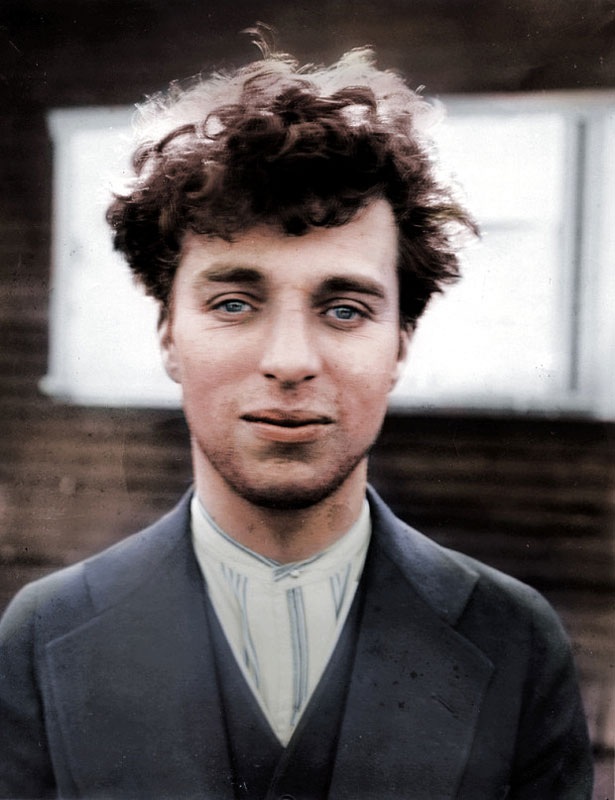 The good looking Charlie Chaplin at the age of 27. 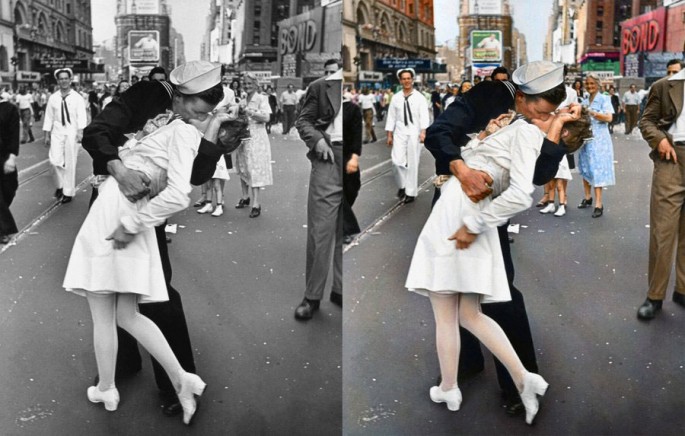 After Japan surrendered to the allies in World War II on August 15, 1945, it came to be know as the Victory in Japan (VJ) day. This shot was taken at Times square mall, NYC when a sailor kissed a nurse celebrating the victory. It is one of the most famous celebration shots from VJ day.

15 Extremely Strange And Craziest Wedding Traditions In The World 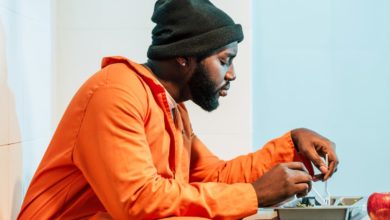 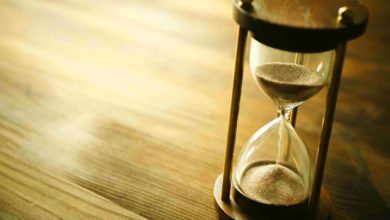 28 Puzzling Facts About Time That Will Leave You Stunned 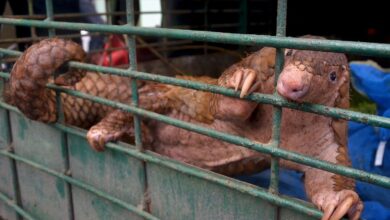