There is nothing better than learning a new foreign language. Many people find the lessons interesting and exciting, and they sign up for courses, so they can learn them. In non-English countries, the children have English classes even in the pre-school, while they are young enough, so they can learn it right on time. We can say that English is becoming a second mother tongue to the people from non-English areas in the world. But, what happens with the other languages? Is it worth learning them?

Of course, there are people who are speaking two or three languages, but also there are those who know at least five of them. Learning a new foreign language is cool, and it’s very useful for every person in the world. The sad fact is that people from English-speaking regions rarely decide to learn a new language because they are blessed to speak it since they are born. In times like this, it’s better to start the basic lessons online, on courses provided by Language Trainers or similar services, and see how it goes. But, no matter what, other languages are cool too, and here are the best ones for 2022:

People from Europe are learning German because of so many reasons. It’s pretty difficult because it has complicated grammar and vocabulary. Some words are similar to English, but the sentences are formed in a different way. Since it’s spoken in Germany, Austria, and some parts of Switzerland and Belgium, the hype over this language is completely understandable. These are the most attractive countries for the Europeans to move to for work and education. That’s why they learn German together with English, especially the people from the Balkans or Eastern Europe.

There is nothing better than learning how to speak the most romantic language in the world. Many people find it too difficult and complicated because what you write and what you say is a completely different thing. They have a lot of specific rules, but anyway, it sounds nice and loveable. French is also spoken in some parts of Switzerland and Belgium too, but also in African countries, like Morocco, because of the history. A lot of countries around the world were French colonies, and people there speak the language pretty well.

This is a very useful language because it’s not only spoken in Spain, but also in a larger part of South America, and Mexico too. So, can you imagine knowing one language that will cover you when you travel around the world? If you know Spanish, you know how to talk in Spain, Mexico, Colombia, Venezuela, Cuba, and so on. The Portuguese are very similar, so once you know Spanish, you can later take Portuguese classes and learn it really fast.

4. One of the Slavic languages

People who are speaking at least one of the Slavic languages say that they can easily learn another. Also, they will naturally understand similar languages. For example, Russian is indeed a difficult language for the rest of the world, but for the people from Slavic-speaking areas, it’s really easy. If you know Russian, it will be easy for you to upgrade it to Ukrainian, Polish, Slovak, and so on. The situation is similar in the Balkan too. People from ex-Yugoslav countries speak south Slavic versions, and if you learn, for example, Serbian, then you will understand Croatian, Macedonian, and Slovenian too. Bulgarian is also similar, even though the country was never part of Yugoslavia. Most of them are using the Cyrillic letter, which is another challenging, but still cool fact.

There are a lot of legends related to this language, and no matter if they are true or not, the fact is that a lot of words in almost every language have Greek roots. Their vocabulary and letter are very unique, and we can say the people there are really proud of it. If you decide to learn it, you will be able to use it only in Greece, and in part of Cypress. But that doesn’t make it less cool, and the classes will probably be very interesting, especially when it comes to the alphabet. Do you know that even the word alphabet has Greek origins? It comes from the first two Greek letters, alpha, and beta – so there you go. Cool, right?

A lot of people speak it, and if you want a real challenge, then you can sign up for Chinese lessons. It’s cool, and you will learn their sign letter. China is a huge country, but the language is used only there. Also, you can choose to learn a traditional or simplified version of the language, which is also very cool. Many people think it’s similar to Korean and Japanese, but it’s not like that, even though for the foreigners it may sound the same.

Another great language that is mostly spoken in Italy. According to those who know it and speak it, it’s very natural and predictive, but at the same time, it sounds really nice, like you are singing a song while you talk. Italians have a rich culture and history, and knowing their language can only bring benefits to you.

Scandinavian languages are also known as the North Germanic group of languages, and even though they are very different, there are also many similarities in Danish, Swedish, and Norwegian. Icelandic is also a part of this group, and the Faroese too. They are pretty challenging, but if you put in enough effort and time, you will have no problem learn how to speak at least one of them.

Every language in the world is the best language to learn next. If you have a natural talent for absorbing new words and grammar rules, then don’t mind signing up for a new course. Today, when we work from home, and many countries have restrictive measures again, because of the pandemic, it’s easier to dedicate a little from our spare time and use it to learn new skills, including the languages too.

If you want to learn a new language visit LanguageTrainers.

What Are Title IX Violations in Schools? 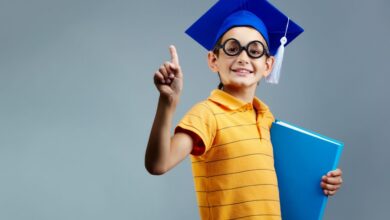 10 Tips For a Successful First Year at University – 2022 Guide 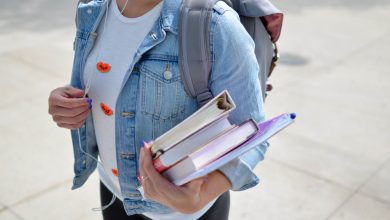 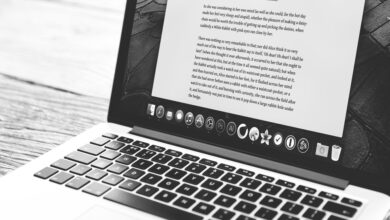 Essential Tips on How to Write a Great History Essay